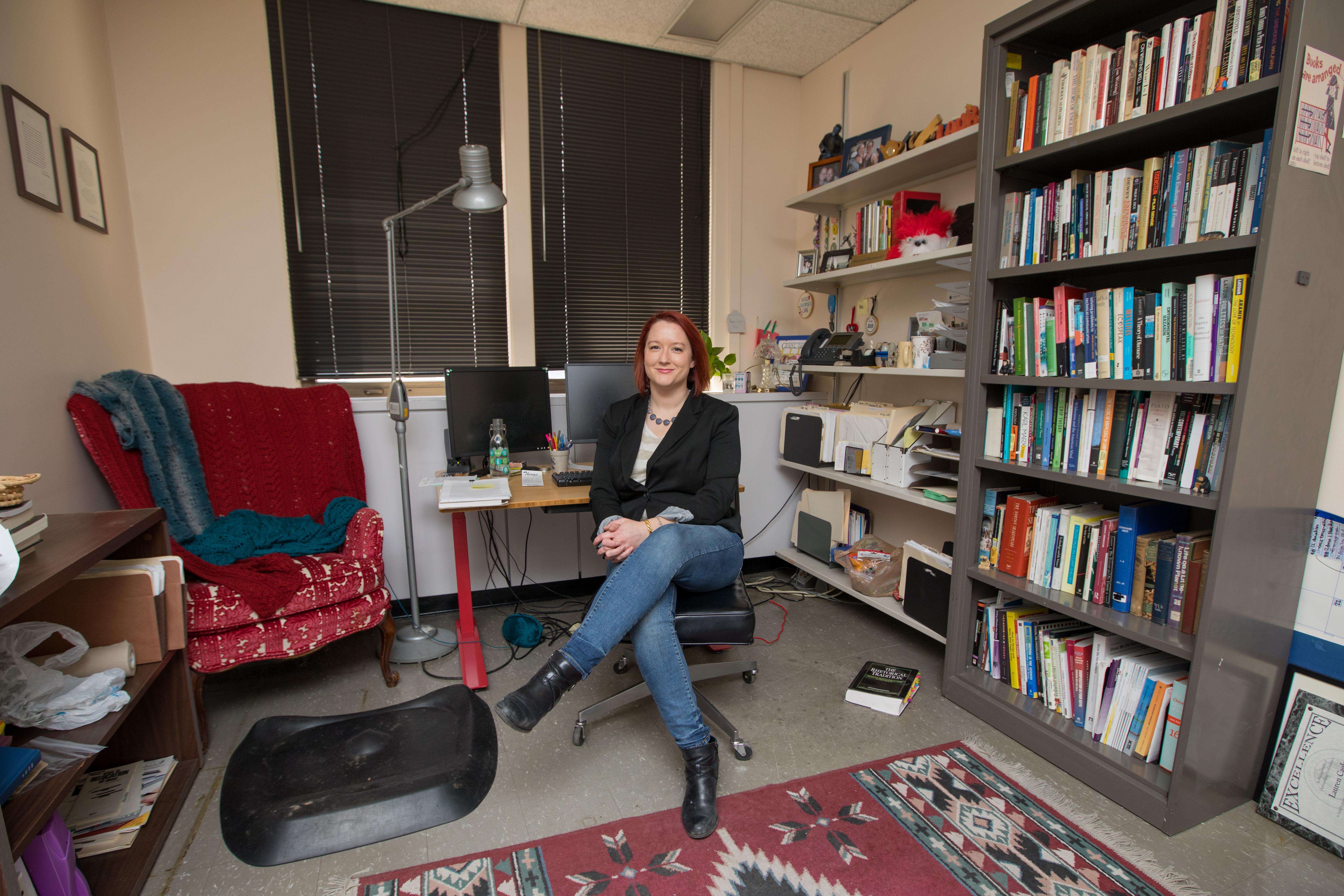 But to help the public better understand and enjoy The Arboretum, a UK faculty member in the College of Arts & Sciences wants to put up some new signs to educate visitors – beyond the botanists and serious gardeners who know about the place -- about what is there.

“The Arboretum is used by horticulturists  and other researchers at UK to research, for example, display gardens,” said Lauren Cagle, assistant professor in Writing, Rhetoric and Digital Studies, who led a visitor experience survey for the facility. “There are parts of The Arboretum where you can walk through and see live research happening. What we learned from our research is that there is a small subset of people who know this and who use The Arboretum to inform their own practices: deciding what plants to grow and getting ideas for their own gardens. A lot of visitors to tThe Arboretum, however, don't necessarily know that."

So Cagle, with the help of several students, developed the survey, which would spend approximately $5,000 to raise awareness of the Arboretum’s programs and resources, both internally and externally. The UK Office of the Vice President for Research granted the funds.

The 100-acre public garden, a partnership between UK and the city of Lexington, receives more than 200,000 visitors annually. Features include the Walk Across Kentucky, a native plant collection crossed by a two-mile paved loop featuring wild-collected native plants from the seven physiographic regions of Kentucky, as well as the 20-acre Horticultural Gardens and Displays and the Kentucky Children’s Garden.

The interpretive master plan calls for putting up all-weather signs in both English and Spanish that invite visitors to learn about what researchers are doing with the plants and trees and to educate guests of all levels of interest and knowledge.

"What we hope to do with this plan also is not just have signs, but to have signs that speak to various levels of engagement and that help to describe our resources and programs and encourage people to come back,” said Molly Davis, the director of tThe Arboretum.

One of the big drawing points for the facility is the fact that visitors can experience, essentially, the flora of the entire Commonwealth as they stroll through.

“The staff members actually go out on collecting trips across the state,” Cagle said. “They collect seeds from native Kentucky plants and then bring them back to the Arboretum and cultivate them there. So The Arboretum is actually the largest single collection of Kentucky native plants in the state. And it is designed so that it’s like a walk across Kentucky. Native plants are growing all together in the same ecosystems that they would be growing in across the state. The horticulturalists are doing an amazing job because there are seven regions in Kentucky, and they’re all represented.” 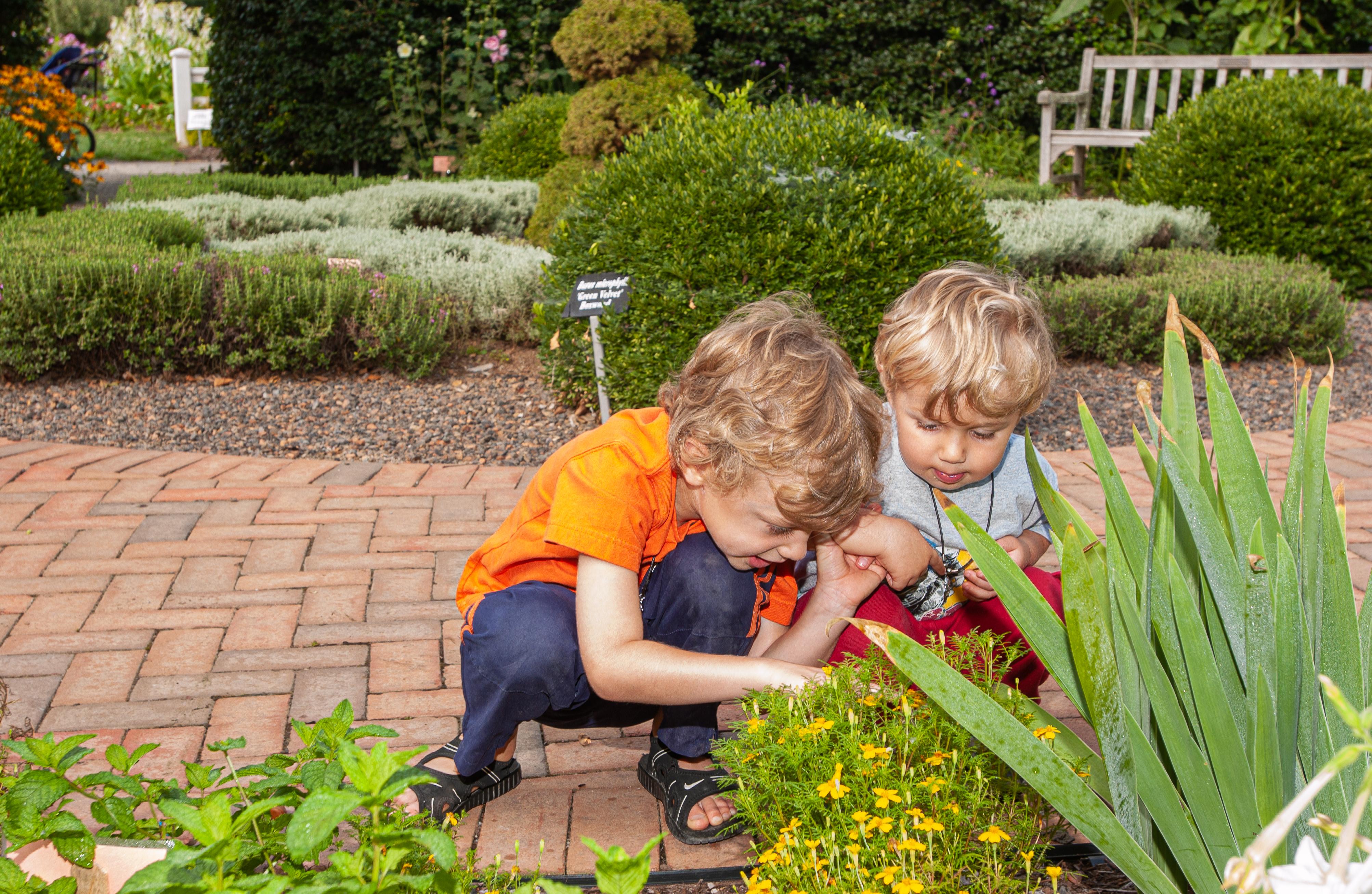 Cagle worked with undergraduate students Stephani Lopez, Maria Sanchez, Amanda Breseman and Ashley Mayes. As part of the initiative, Cagle and her research team gathered survey responses from 612 people who had visited the Arboretum and 95 who hadn’t. Cagle said the respondents were overwhelmingly from majority demographic groups and that marketing efforts will focus on inviting people in minoritized communities.

“One of the survey’s primary goals was to determine whether there were any clear reasons why people do not visit The Arboretum," according to a report Cagle’s team wrote about the survey results. “Based on nonvisitors’ responses to a question about what factors have prevented them from visiting, it appears that many people simply don’t know either what there is to do at The Arboretum or whether it costs anything to visit.”

Among the people who had visited the Arboretum, they listed most frequently these reasons for going:

As a result of the survey, Cagle and her students came up with several recommendations, including:

The plan also calls for creating partnerships with UK student groups to expand awareness, enhancing The Arboretum’s online presence and posting fliers at key social gathering spots around Lexington. Cagle presented plans and a word cloud drawn from the surveys to Arboretum volunteers last semester, and planning to implement the recommendations continues. The ultimate aim is to make the richness of The Arboretum and the biological life of Kentucky accessible to everyone.

"We want materials that appeal both to children who are 3 or 4 walking around with their parents and take a few seconds to look at the plants as well as having more in-depth information,” Davis said. “And we want to offer ways to find more resources and how people can get more involved in our wonderful facility.”